16th Latin American Conference at the DIHK in Berlin 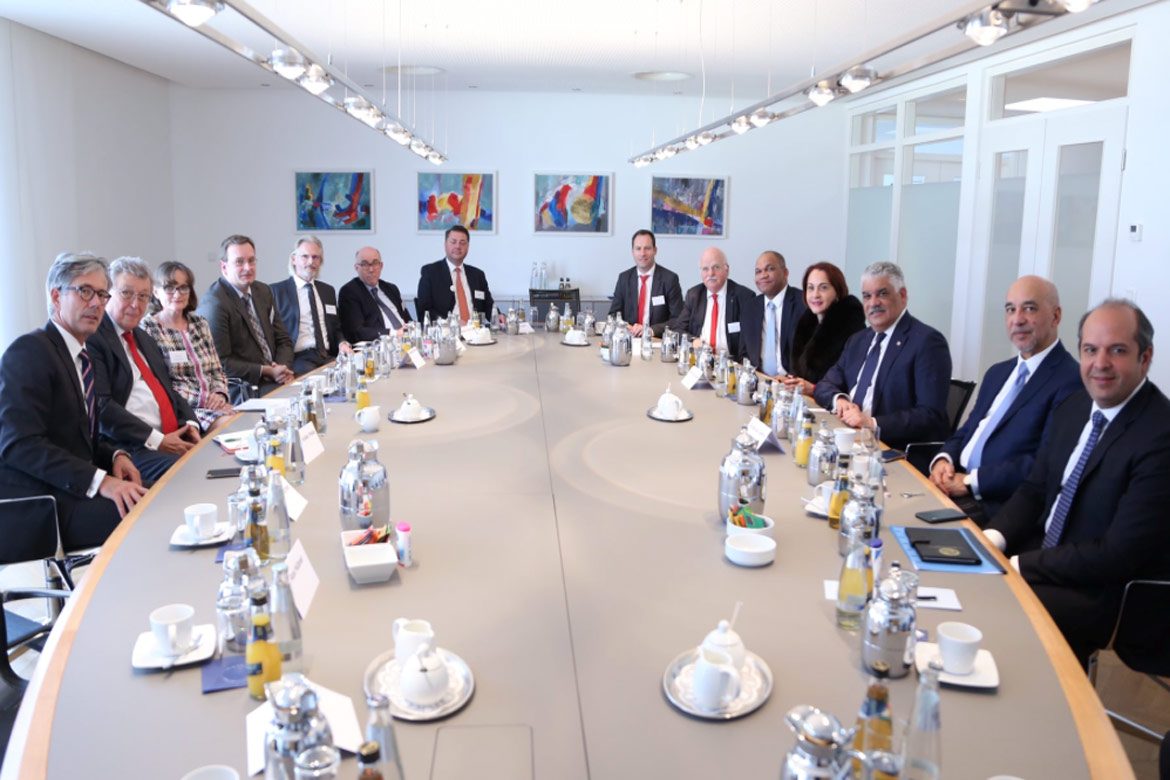 SUNfarming and several other "handpicked" representatives of the German economy, including Lufthansa, Rauch agricultural machinery and the tourism associations were invited to a meeting with the Dominican Foreign Minister, Mr. Miguel Vargas.

Mr. Justus Vitinius, director of DEG / Latin America, started his presentation with the following introduction: "DEG finances projects like that of SUNfarming!
Also German Ambassador Dr. Volker Pellet underscored the importance of the SUNfarming projects for the German economy and also commented on the numerous advantages for the Dominican Republic. Mrs. Pfaff, director of the AHK in the Dominican Republic, agreed and also agreed to her support.

"In a subsequent, personal conversation, in which also the Dr. Volker Pellet participated, I had the opportunity to inform Foreign Minister Vargas in more detail about our concept SUNfarming Food & Energy. The Minister was very interested and said his support, "explains Holger Schönherr, Manager Project Development for SUNfarming

Here you can find out more about SUNfarming Food & Energy