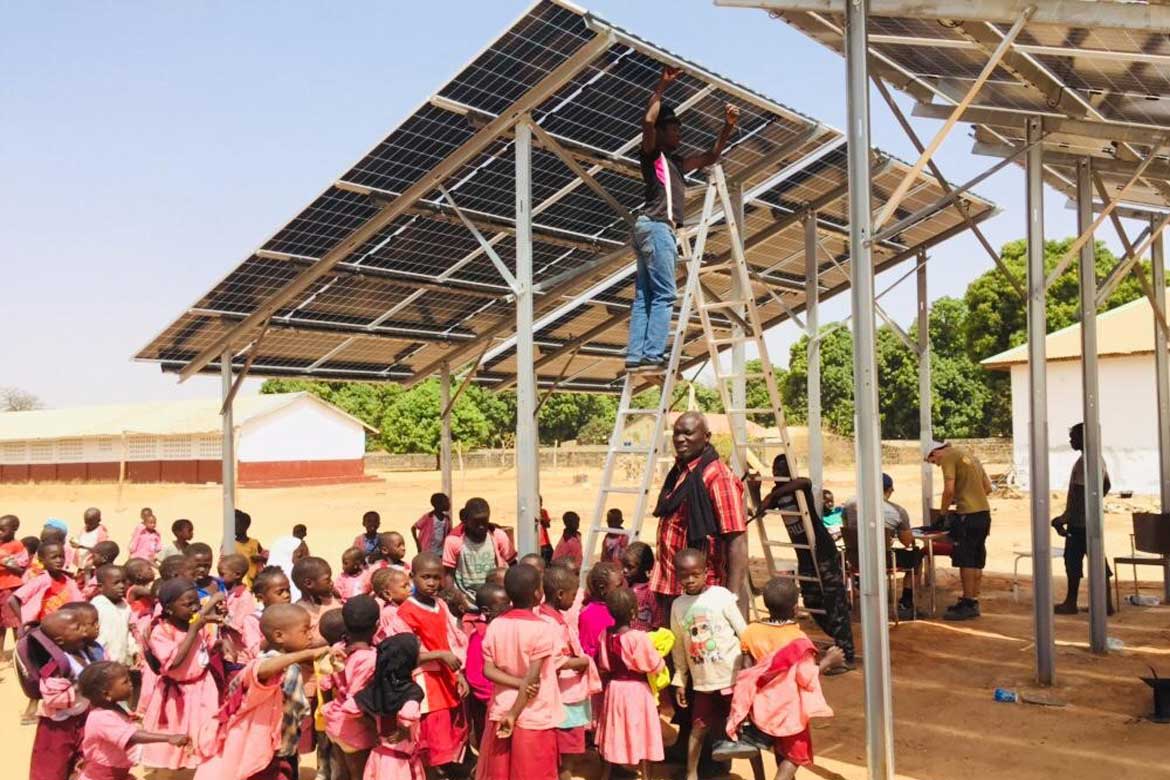 Sustainable commitment of SUNfarming in Africa. SUNfarming founder Peter Schrum spontaneously agreed to support Alex e.V. and donated the services for planning and installation on site to the association for the realisation.

In March 2022, SUNfarming AG realised the installation of the 13 kWp Agri-Solar system with battery storage system and back-up generator for the independent and reliable energy supply of an outpatient clinic in Gambia. In the small community of Suwareh Kunda on the North Bank of the West African coastal state, whose catchment area includes around 17,000 people, the urgently needed medical facility for adults and children is being built next to an existing primary school with the help of the Brandenburg-based non-profit organisation Alex e.V.. The donation amounting to the procurement value of the SUNfarming components was provided by the Daimler ProCent Foundation.

"Until now, proper medical care has only been provided in the capital city of Banjul, 70 km away, which can only be reached by a heavily used ferry ride of about 45 minutes across the Gambia River," reports Bernd Schorsch, Chairman of Alex e.V. "Only with the help of the generous donation from SUNfarming have we been able to sustainably realise and secure the operation of the infirmary after a project period of seven years in the meantime."

In the future, the new infirmary will have 7 beds for women and 7 beds for men as well as another 5 children's beds for medical care. Furthermore, a fully functional dental surgery with two treatment chairs and two incubators are to be operated, which require a high level of operational safety. "This safety can only be insufficiently guaranteed via the public power grid, which is reflected in power cuts lasting up to 2-3 minutes a day," explains the Gambian project partner and future operator of the hospital, who is called "Baba" by everyone and perfectly fulfils his fatherly role for the population in the region.
SUNfarming has already been working since 2014 in sustainable development aid projects for the supply of renewable energy in combination with the production of food and training in sustainable agriculture among the modules and has itself founded the non-profit association Food, Education, Energy & Development e.V. (FEED) in Germany and South Africa.