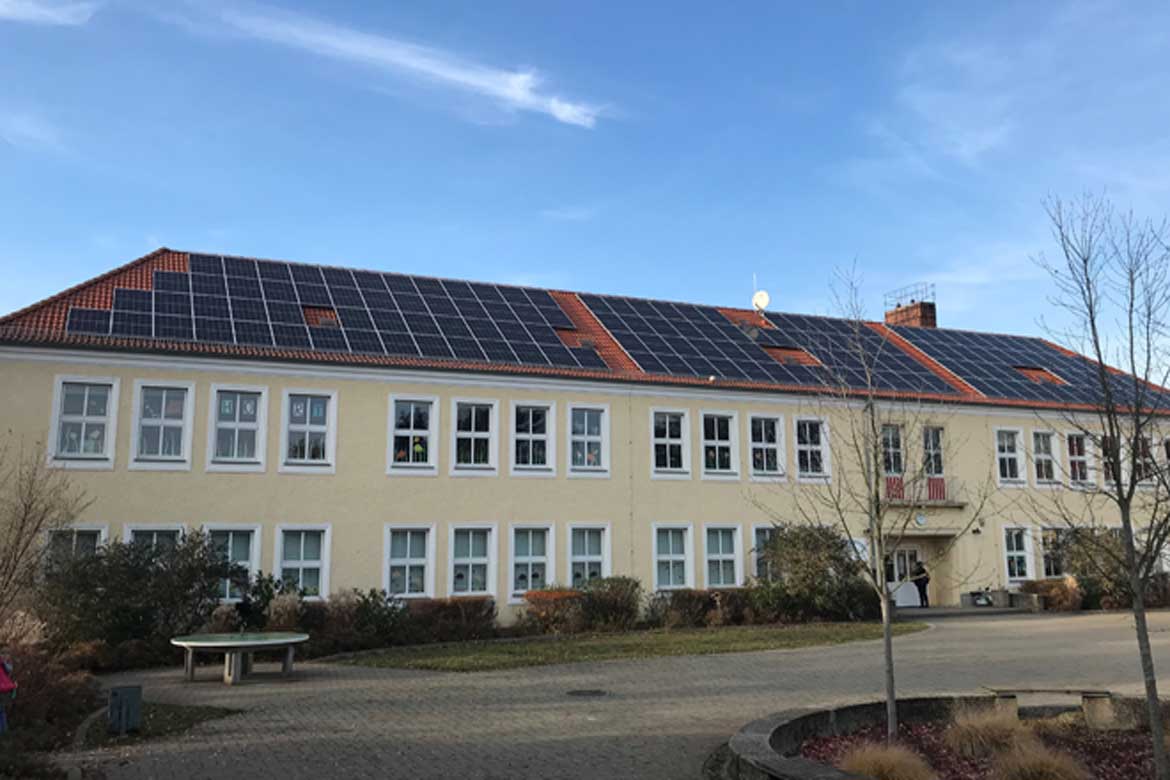 16. November 2021 By U. Eckmann Comments are Off Heinersdorf

A school roof in Heinersdorf was equipped with 150 solar modules from SUNfarming. Bürgerenergie Oder-Spree has now been awarded a prize for the pilot project, in which the school, gymnasium and day-care centre are supplied with renewable energy by a photovoltaic system.

The Ministry of Economics, Labour and Energy and the Berlin-Brandenburg regional group of the Association of Municipal Enterprises (VKU) awarded the Heinersdorf project a special prize at the Energy Efficiency Award 2021 ceremony.
Heiner Kamper, project manager of SUNfarming: "The jury emphasised the high educational value for the children. Furthermore, the jury praised the project as a positive example of citizen participation in the energy transition.
We congratulate Bürgerenergie Oder-Spree on this award and thank them for their trust in SUNfarming."

The plant size is 47.6 KWp, the produced output is 45,000 KWh and the self-consumption for school and kindergarden is 50%. The communities bear no risk, the roofs are leased from the capital contributions of the cooperative members and supply the community with cheap, renewable energy via the SUNfarming PV system. The citizens' cooperative is planning to lease further roofs and to have them realised.