By U. Eckmann Comments are Off Ambassador Schulz, Food & Energy, SUNfarming Eurasia, Turkey

During the German-Turkish Business Meeting, organised by the German Embassy and the AHK Istanbul on 18 and 19 November 2021 in Adana, the German Ambassador to Turkey Jürgen Schulz visited the SUNfarming Food & Energy Training Project in Osmaniye.

In his speech, SF Eurasia A.S. Managing Director Sahin Balkan presented our successfully realised SF Food & Energy Training project in Turkey. On 16,000 sqm, renewable energy and food are produced at the same time. In the coming years, the project will enable thousands of refugees and people from the region to find training and work.

On the second day of the business meeting, the German Ambassador and a delegation visited our SF Food & Energy Training Project near the Cevdetiye refugee camp in Osmaniye. He visited the facility with great interest and informed himself about developmentally highly interesting perspectives for the region.

"The aim of the project is to train people as entrepreneurs in the organic food sector and as photovoltaic technicians for renewable energies. This food and energy training project will serve as a blueprint for further development investments in Turkey and Syria. In this way, the project helps Syria and Turkey as well," explains Sahin Balkan CEO SF Eurasia A.S..

Impressed by the excellent results of the project so far, further discussions are planned between the Embassy and SUNfarming about possible future refugee projects in Turkey.

SUNfarming Food & Energy is a PPP project in cooperation with DEG/ KfW.

By U. Eckmann Comments are Off Turkey

On the 13th of November the ribbon was cut in Cevdetiye in Osmaniye for the opening of the first SUNfarming Food & Energy Training Center in Turkey. On 25,000 square meters, the latest SUNfarming Food & Energy Training Center offers highly interesting development prospects for the region. Near the Syrian border, connected to the refugee camp Cevdetiye in Osmaniye, thousands of refugees and people from the region will find training and work in the coming years.

More than 200 guests from politics and business, from universities and guests from Cevdetiye participated in the solemn ceremony. Among them were the mayor of Çevdetiye, Mr. Kadir Kaya and the mayor of Kadirli, Mr. Ömer Tarhan, the president of the Osmaniye Chamber of Commerce, Mr. Devrim Aksoy, Provincial Director of T.R. Osmaniye Provincial Directorate of Food, Agriculture and Livestock, Mr. İbrahim Sağlam, rector of Osmaniye Korkut Ata University, Prof. Dr. Murat Türk, DOĞAKA Eastern Mediterranean Development Agency / General Coordinator, Mr. Erdinç Kadıoğlu.
The German Embassy in Ankara hosted Mr. Friedo Sielemann, Head of the Economic Department, as well as the Agency for Economic and Development from Berlin. Mr. Ian Lachmund, Senior Advisor and from Cologne DEG Bank Mr. David Arndt.
Guest of honor was Prince Lorenzo Kouami Folly Kuegah, Prince of Togo. 30 MWp Food & Energy Training Center are currently being developed in Togo, and a MoU has already been signed.

In their speeches, the German representatives of the German Embassy and DEG pointed out how important the developmental know-how transfer of German technologies is by means of training investments for German development aid. The Food & Energy Training Center in Turkey was realized with the help of KfW / DEG as Private Partnership Project.

Peter Schrum, founder of the SUNfarming Group and main shareholder, explains: "The focus of the German-Turkish training project is the training of Syrian refugees and Turkish residents with the help of local university teachers and our local training partners. The aim of the project is training as entrepreneurs in the organic food sector and as a photovoltaic technician for renewable energies. In the future, this Food & Energy Training project will serve as a Blue Print for further development investments in Turkey and Syria. The project also helps Syria and Turkey."

SUNfarming represents numerous German technology companies in the Food & Energy Centers with their innovative products and combines them with local technology. The number of trained people with an emphasis on entrepreneurship education through franchising and cooperatives is particularly high in this concept.

Many basic conditions had to be created, such as a well had to be drilled for the water supply of the plant. In order to carry out the training optimally, SUNfarming has also set up a training center with classroom and training equipment, directly behind the refugee camp. For this purpose, a shop was specially built so the produced eggs and vegetables can be sold together with items of daily needs.

Next week, SUNfarming will hold concrete project discussions with representatives of Togo, Burkina Faso, Senegal and other African countries at the G20 summit compact with 30 MWp Food & Energy facilities with a potential of 30,000 jobs in each country. In West Africa alone, the training facilities have a potential of more than 100,000 new jobs over the next 10 years. These new, skilled jobs in organic food production including chickens and egg production, processing and marketing, as well as in the fields of solar technology and electric mobility are made possible.
100 MWp SUNfarming Food & Energy plants have the nutritional potential for more than 700,000 people in Togo, Burkina Faso, Senegal and Ghana.

By U. Eckmann Comments are Off SUNfarming Eurasia, Turkey

SUNfarming Eurasia has realized solar parks with a total capacity of 3,308 kWp in the Niğde-Gölçük and Osmaniye-Yaveriye provinces.
5.5 million kilowatt hours of electricity are produced per year, which ranges for example electricity for 1,800 2-person households for one year. The CO2 savings is 4,000 tons annually.
The potential for solar energy in Turkey is huge. The country has up to 2,737 hours of sunshine a year, or 7.5 hours a day. This is the highest solar potential in Europe. The Turkish government wants to increase the share of solar energy to 5 gigawatts by 2023 and cover 30 percent of the total energy demand from renewable sources. This move is intended to make the country less dependent on expensive energy imports, which account for about half of the Turkish trade deficit. At the same time, however, the country is also heavily relying on coal and natural gas for power generation.
The two new SUNfarming solar parks in the Niğde-Gölçük and Osmaniye-Yaveriye regions, with solar radiation of around 1,600 kWh / kWp to 1,660 kWh / kWp, offer the best solar yield for the production of renewable energy, thus contributing to global climate protection.

"SUNfarming combines global expertise with local know-how. Our international commitment to meeting the world's electricity needs is environmentally and socially acceptable, clean and sustainable, and secures the future of our children. We have been making an international commitment to this for years," explains Sahin Balkan, CEO SUNfarming Eurasia.

By U. Eckmann Comments are Off SUNfarming, SUNfarming Eurasia, Turkey

More than 11 million kilowatt hours of electricity are produced by the two solar parks with a total capacity of 6.64 megawatts a year. The Co2 savings are around 8,300 tonnes annually.
3,358 kWp were completed in the Aegean province of Denizli and 3,279 kWp in the Anatolian province of Kayseri. The major projects were implemented by SUNfarming Eurasia. Commissioning took place in December 2017.
Denizli has about 1 million inhabitants. The province is located about 200 km from the Turkish Aegean coast and is known for its healing waters and thermal baths. The economy of the region consists mainly of the textile industry and winegrowing. The project was developed by the SUNfarming Eurasia team, the property with 69.100m2 is the property of SUNfarming Eurasia.
Kayseri is located about 280 km south-east of the capital Ankara and has about 1.2 million inhabitants.
Develi, a suburb of Kayseri, has about 60,000 inhabitants and lies behind the Erciyes Mountains. The land was leased to 30 years, with a 10-year extension option.
With solar radiation of around 1,600 kWh / kWp in Kayseri and 1,660 kWh / kWp in Denizli, both regions offer the best solar yield for the production of renewable energy and make a global contribution to climate protection. 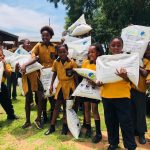 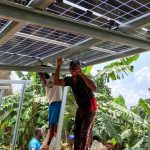 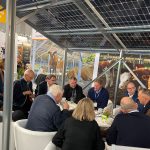